In robotics, the Zero-tilting Moment Point (ZMP) is a characteristic point used notably in legged locomotion. It describes the set of points in space that cancel at least two out of the three coordinates of the moment of contact forces, which corresponds to a no-tilt condition with respect to a plane (typically, the ground plane).

This formula is used in practice to compute the ZMP from force sensors or from an inertial measurement unit, which are usually embedded in current legged robots. ZMPs can also be called zero moment points for short in some contexts, for example in legged locomotion when the angular momentum is kept constant at the center of mass so that \(\bftau^{gi}_Z = \bftau^{gi}_G = \bfzero\). Remember however that without such assumption the net moment of contact forces at the ZMP is only cancelled over two out of its three coordinates. 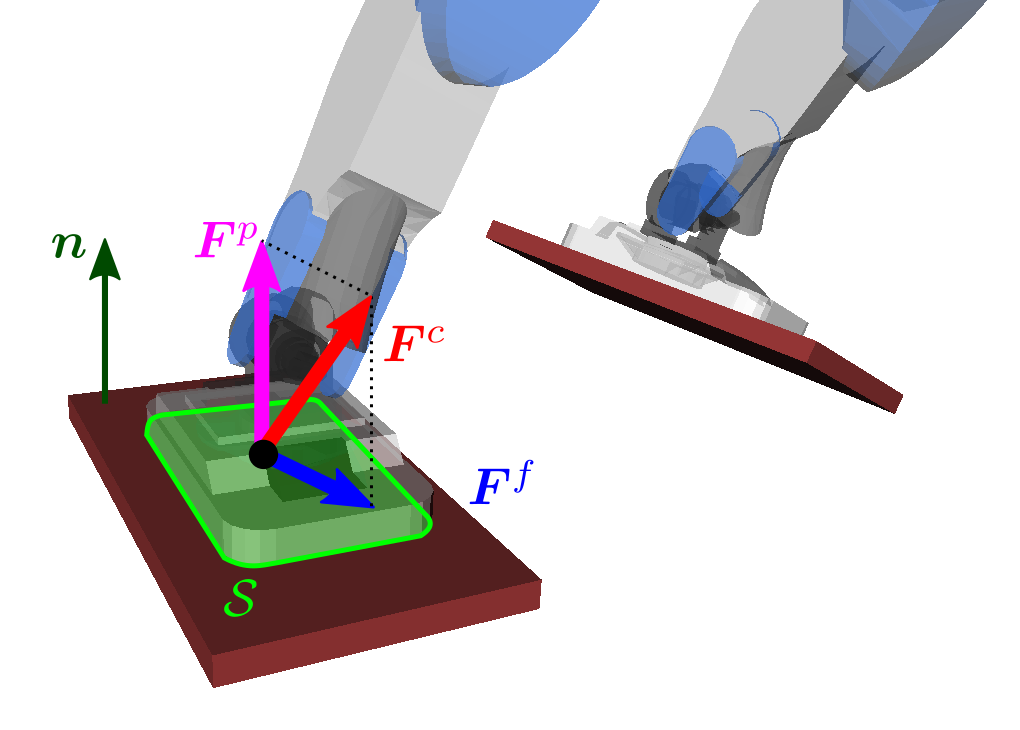 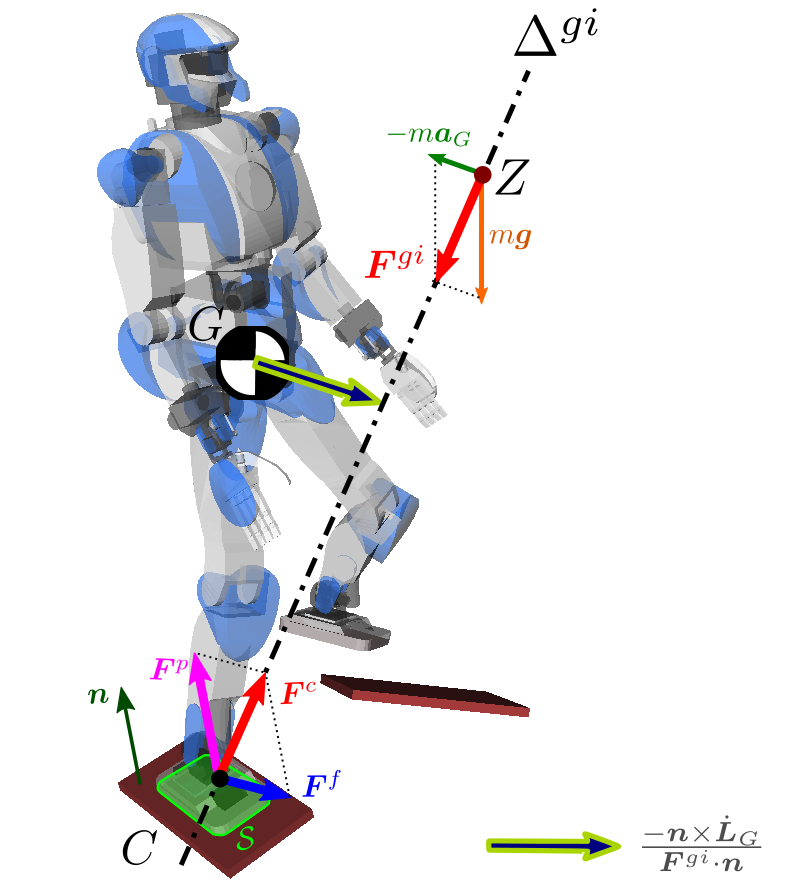 The figure above represents the COM \(G\), the COP \(C\) and a ZMP \(Z\) along the (non-central) gravito-inertial axis \(\Delta^{gi}\). The latter does not necessarily contain \(G\), unless the angular momentum of the system is conserved \((\Ld_G = \boldsymbol{0})\). Conservation of the angular momentum is a common assumption in most works on biped locomotion in the 90’s and 00’s (Kajita et Tani, 1991).

Thus, the COP can be seen as the average of ground contact points weighted by their respective pressures. When it crosses the boundaries of \(\cal S\), the contact will break and start to rotate around the corresponding edge of the area \(\cal S\). To avoid this outcome, bipeds thus make sure to maintain their COPs inside this area, which is then called “support area”. The condition \(C \in \cal S\) is the non-tilting contact condition.

This criterion is frequently used in walking trajectory generation, see for example (Kajita et al., 2003) and (Wieber, 2006). Note that it is a necessary but not sufficient condition for contact stability, as it lacks the complementary non-sliding condition (see for instance Section II of this paper for details).

ZMP support areas can be extended to multi-contact scenarios; see this paper for their complete construction. However, their 2D nature makes them a little restrictive for multi-contact locomotion. In a later walking trajectory generator, they were therefore extended to the 3D cone of COM accelerations.