I'm Stéphane, a robotics researcher in the Willow research group at Inria Paris. I'm interested in visual locomotion and manipulation tasks. I have developed motion control software for HRP-4 humanoids, ANYmal quadrupeds, and the Upkie wheeled biped. You can read the algorithms in the corresponding publications or grab the code on GitHub. Occasionally, I toot and post technical notes to this website. Don't hesite to send me an e-mail, answer guaranteed if you use my GPG key :-) 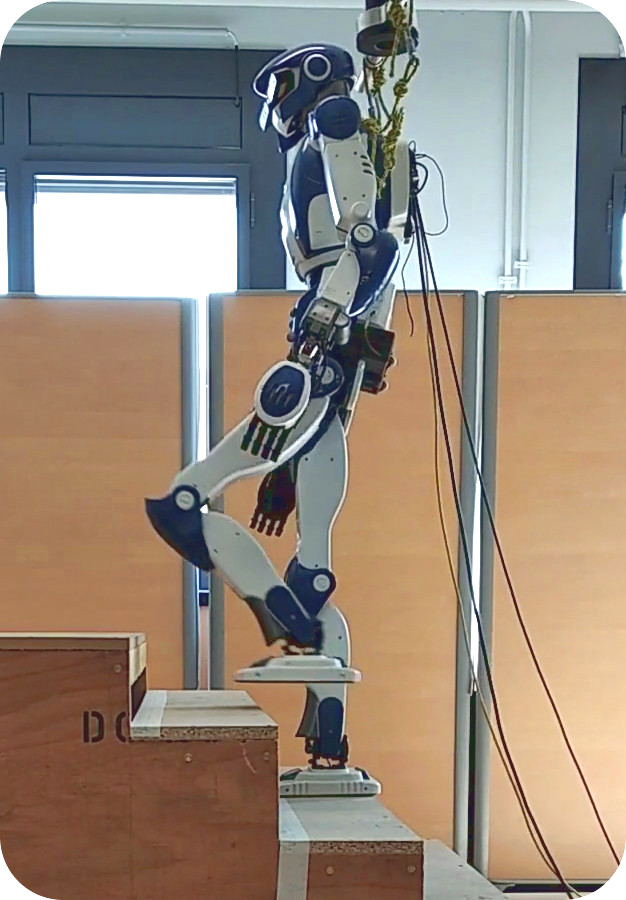 What's keeping walking machines from being useful yet? Perhaps it has to do with the way we design their behaviors, which is geared toward repeatable demos and has a hard time dealing with the variability that happens in the real world. For example, the walking controller I worked on for the HRP-4 humanoid achieved relatively complex tasks like stair climbing, but wouldn't know how to react to unscriped situations like banging the head on a ceiling (crouch) or falling forward after missing a step (extend arms). All the strategies it knew were implemented by control systems, where new behaviors come with their own parameters to tune, and the code gets increasingly complex as we try to teach it more and more behaviors. 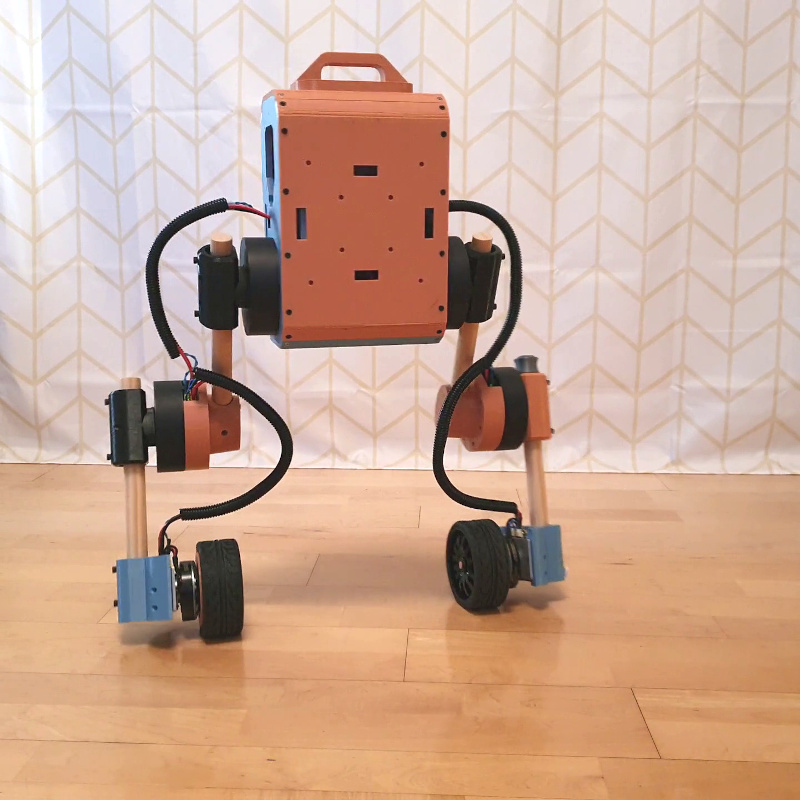 I search for methods and sensory representations that will allow us to go beyond the complexity ceiling we hit with control systems. On the way I built Upkie, a wheeled biped that proudly stands on sawed broomsticks (among other mechanical marvels), is fully makeable at home and moves around with open source locomotion software. Upkie is a great testing partner to try all kinds of things. Its Python brain runs at a slow pace on a Raspberry Pi, which is OK because valuable tasks like balancing can be performed at remarkably low frequencies.

I'm a strong supporter of open access and was fortunate to be able to release my research works as pre-prints and source code for all but a few exceptions. On top of open access, I see three ways in which the robotics community can improve itself: overlay journals, post-prints, and raising our standards in terms of code distribution.